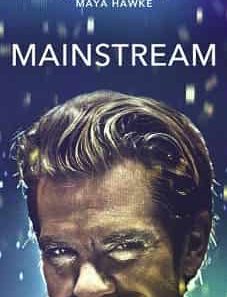 Title: Mainstream 2021
Genres: 2021 Movies | Comedy, Drama
Quality: HD
Directors: Gia Coppola
Writer: Gia Coppola, Tom Stuart
Stars: Andrew Garfield, Maya Hawke, Nat Wolff
How to watch Mainstream 2021 online?
American film director Gia Coppola is the director of the comedy-drama movie Mainstream 2021. The movie is based on an aimless woman, Frankie, a school dropout and working as a bartender with her friend Jake. She has nothing but a struggling youtube channel. Frankie records a monologue from Link, who works as a costumed mascot in a mall. Later that video becomes her most viewed video on the internet. Link is also manic and has already lost his parents. Frankie befriends him but did not know that Link is anti-social media. Link also helped Frankie from a humiliating onstage act at her job. After quitting her job, Frankie started making videos with Link and her friend Jake. The idea got successful and they became famous on the internet. Get more movies on afdah free movies without paying charges. 2021 Movies, Comedy Movies, Drama Movies
Tags: Watch 2021 Comedy Movies, Watch 2021 Drama Movies